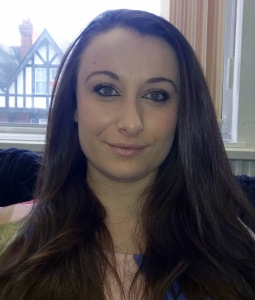 Alina is a Marketing Coordinator at Titania, a small cyber security company in the heart of Worcestershire. She started working part-time for Titania while completing her final year in Advertising, Marketing and Public Relations at the University of Worcester. For a while she suffered of “Jen from the IT crowd” syndrome, but 2 years on and a steep learning curve later, she came to understand much more about the industry and the need for cybersecurity to enter the business vocabulary.

Coming from a business and communications background and a complete outsider to the information security industry, Alina discovered a fascinating new world that relies heavily on stories to make itself understood. She then discovered interesting people, with inspirational stories, ambitions and passions; people with a sense of humour, and a love for life, computers and acronyms. That’s what made her want to find the best way to translate information security in the language of businesses and non-technical people.

Alina comes from Romania and she can work her way around a number of languages such as Spanish, French, Portuguese and Italian. The languages that remain closest to her heart are Romanian, English and Spanish.

“Between the world of information security and the world of business, there is a huge gap. Sadly, the only time you hear about cyber security is when something goes awfully wrong and the media need a scapegoat. I like stories and I like languages. The Analogies Project is the only place where I have seen the language of “cyber” translated into a story that everyone can relate to. Albert Einstein said it best: “If you can’t explain it simply, you don’t understand it well enough”. The Analogies does just that and it is fantastic to be part of the narrative.”

Actele de Caritate şi Securitatea Informaţiei Nu Se Limitează la Acreditare Has CSR Been Reduced To Compliance-Only? Should Security Be? Infosec? Ce limbă se vorbeşte pe-acolo? Infosec? What country is that?
Share This Post On
Contribute To The Project