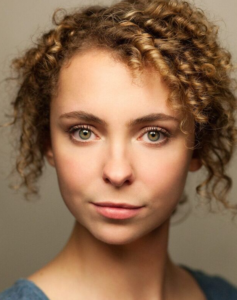 Dixie is currently in her final year at the Royal Central School of Speech and Drama in London, where she’s studying for a degree in Acting, Musical Theatre. In sixth form she had taken Performing Arts, Music Technology, Philosophy & Ethics as well as Music at A level, but had made up her mind that she wanted to become an actor long before that. Dixie won a place at Central after a series of auditions, and joined in 2015. The course is very intensive with long hours, but in her view totally worth it. Central is one of the top drama schools in the UK, and Dixie loves working with the others in her year.

More information about Dixie can be found at www.dixienewman.com

Why I joined the Analogies Project

“I discovered The Analogies Project quite by accident. The connection between acting and infosec came with our producing an updated version of Dracula, set in the modern world of social media and hacking. I was wondering what a digital vampire would be like, and found that unlike folklore vampires, they actually exist…”