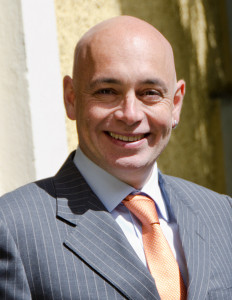 Andrea Cavina holds MA degrees in Physics (1997, University of Bologna) and Education (2010, Open University) and a CISSP certification (2007, ISC2). After a brief career in research in laser spectroscopy at the EPFL, Lausanne, Andrea won a JPO fellowship to join the International Energy Agency (IAEA) in 2004 to work in the Office of Nuclear Security. There he specialized in nuclear security with additional focus on information and computer security, capacity building, and project management. As part of his work there he was the lead author for IAEA Standard NSS17 and established the IAEA Computer Security training series. In 2012 he started his own consultancy focussing on advisory services and capacity building in nuclear and cyber security. Among others recent roles, he has been a lecturer for the Brandenburg University of Applied Sciences; organized and delivered IAEA trainings on IT/Cyber Security; cooperated with US academia on research projects in nuclear and cyber security; and regularly cooperates with the UN and the EU on CBRN risk mitigation.

“I have a long experience teaching and training and I have always believed in (and made large use of) the power of metaphors, allegories, analogies and any other instrument that triggers familiar memories and concepts in the listeners and thus help them absorb new ideas. It’s brilliant someone has finally decided to build a knowledge base for this, open and accessible to the public.”