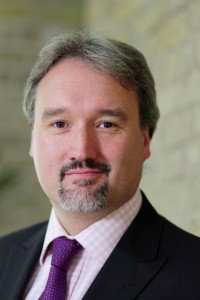 Andrew Moloney is the founder and Managing Director at Artisan Southwest Consulting, providing “Go to Market” (Sales and Marketing) strategy development, planning and execution services to the B2B technology sector.

He is a technology industry veteran, having spent over twenty years working in a variety of marketing, business development and management roles over that time.  In early 2011 though he decided that it was time to make a change, relocating with his family from the South East of the UK to Somerset in the South West, establishing Artisan Southwest.

Prior to founding the company Andrew served as the EMEA Marketing Director for RSA, The Security Division of EMC. He joined RSA Security in 2005 initially working exclusively with the financial services industry in developing strategies to combat fraud. This developed into a period of time running the financial services business at RSA, before leading the marketing function across Europe, the Middle East and Africa.

Over the years Andrew has become a well known speaker and commentator on security issues and has appeared in print, online and broadcast media. He has spoken at numerous conferences and seminars across the world.

Prior to joining RSA, Andrew spent time working in VC funded tech. start-ups in digital radio and mobile technologies, beginning his career in the networking Industry with 3Com Corp.

“Over the years of working in Infosec I’ve seen the same debates, approaches and rhetoric come from all four corners of the industry time after time. The Analogies project is different. In fact, it’s unique. It has the potential to drive a fundamental shift in understanding of the challenge not only within the industry, but in society as whole. It’s great to be able to do my part in achieving that.”