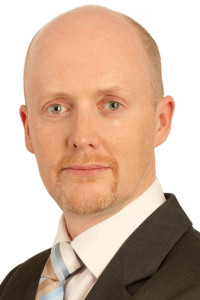 Prior to joining NATS, Andrew was Principal Analyst at Forrester Research Inc. where he focused on the role of the CISO, covering topics such as information security and risk management, , security policy & awareness, information security strategy, and governance risk and compliance (GRC) initiatives.

Andrew has also been a CISO in the legal sector. He transformed security management for two major global firms, ultimately leading both firms to ISO27001 certification.

Andrew holds a master’s degree in information security, is a regular speaker at global security conferences, and has contributed to media outlets such as the Wall Street Journal, the Financial Times, the Washington Post, Wired magazine, and the Times newspaper. Andrew also appeared in the CNBC documentary entitled “Rise Of The Machines”

“We know that a large part of the CISO’s role is to influence, cajole and encourage our business leaders to make the right choices, enabling our firms to manage risk and move forward safely. Creating compelling communications is a differentiator, but too few CISOs excel in this area and this is holding back their credibility, their career and the risk posture of their employers.

Security professionals need to spend a great deal more time refining communications and actively crafting them to be both clear and compelling, flowing from ‘Situation’  (“Once upon a time there was a beautiful princess..”) to ‘Complication’ (“..who was imprisoned in a tall tower by her wicked step-mother”) to ‘Resolution’ (“…so if we buy a new firewall, we’ll all live happily ever after!**”).

Analogies are a powerful component, able to communicate complex issues with a simple example that business leaders can understand, remember and repeat – spreading the message further, and that rarely happens with charts, statistics and technical documentation.”