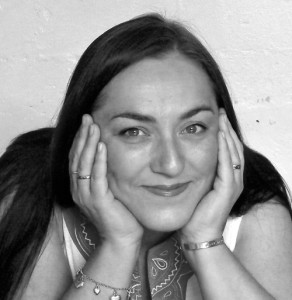 Jenny Radcliffe is a force to be reckoned with. She can diffuse a crisis situation, talk her way into a secure building and spot a psychopath at a hundred paces. She has been called a mind reader and a ‘human lie detector’, and likened to a Jedi Knight.

In reality, she is an expert in negotiations, non-verbal communication and deception (lie-detection), who uses her skills to help clients from corporations and the security industry to law enforcement and poker players.

She assists a large number of global clients on an international basis in various roles from coaching and training, to strategic assignments, crisis situations and professional investigative work.

Jenny speaks, consults and trains people in the skills of “people hacking” and explains how psychological methods and “Social Engineering” can be a huge threat to organisations of all sizes.  Awareness and knowledge of these methods and tactics can be invaluable tools for security professionals of all types, in the prevention of these attacks.

Jenny lectures in a variety of topics on several masters degrees in the UK, and was recently given the title of “Honorary Lecturer” at the University of Liverpool.

Her first book is due for release in Autumn 2015 and she is in discussions with the media about both fiction and non-fictional projects.

Additionally, its increasingly important to spread the message about People Hacking and Social Engineering.

This threat to organisations is the oldest in the book, hitting you via your people predates more technical based threats and bypasses most prevention measures. As the tech gets better, the people based elements of an attack are more important than ever to those with mal-intent.  People are easier to crack than tech, and I want to help raise awareness, and reinforce defences against this type of attack.”

Lessons from the Big Four – Shakespeare’s Tragic Heroes Wolf in Sheep’s Clothing Rapunzel Social Climbing….
Share This Post On
Contribute To The Project