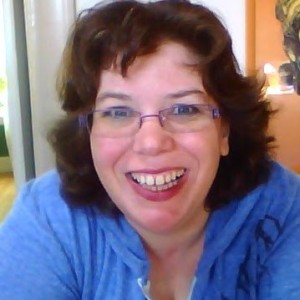 Lisha Sterling is the Developer Coordinator and one of the three member leadership team at Geeks Without Bounds, a non-profit accelerator for humanitarian open source software and hardware projects. She organizes hackathons, manages the mentorship of teams in the GWOB accelerator, and teaches coding, Linux administration, and cyber security skills to groups aged 11 and up. She has worked in software development and IT management for over 20 years with stints at Sybase, Amazon, Cisco Systems, and Wells Fargo Bank. She also blogs at Always Sababa.

Back in the early 1980’s Lisha was a pre-teen computer enthusiast who was fascinated by the notion in her over-active imagination that unknown computers connected to telephone lines on wardialed numbers represented some sort of mysterious treasure map to be explored. Luckily she never broke into anything that would get her into trouble because she got distracted with programming text based adventure games for herself and her friends. In the 1990’s and 2000’s, securing the boundaries of computer networks became a concern for her as she worked on projects as a programmer or systems administrator. Starting in 2012, she started running workshops for Internet users on how to better protect themselves online, teaching classes for programmers on how to write more secure code, and mentoring digital security and forensics students including several participants in the UK Cyber Security Challenge. In 2013 she helped create ScotlandHacks which ran the first RHoKsec (Random Hacks of Kindness, Cyber Security) event to test and improve the security of humanitarian open source projects.

As the Internet has expanded and people’s lives have moved online, it has become clear that computer security and personal security are tightly intertwined. Whether worrying about the safety of a woman escaping domestic violence and stalking or thinking about a young person’s ability to function in school, the privacy of the data on their computers and on the Internet is vital. When working on humanitarian projects, the whereabouts and details of vulnerable populations are at incredible risk from those who would victimize anyone for reasons of power or personal gain. The domain of the computer has become as important as the sanctity of the home. As a result of these realizations, Lisha has made education about cyber risks and mitigation a core element of her work.

“Cyber security has become one of the ‘most important things’. Unfortunately, for most people it seems like protecting data and network communication is just too overwhelming a problem because it all just feels too big and esoteric. I’m working on The Analogies Project to help take the concepts out of the realm of occult knowledge and into the comfortable world of things that we can actually work on.”