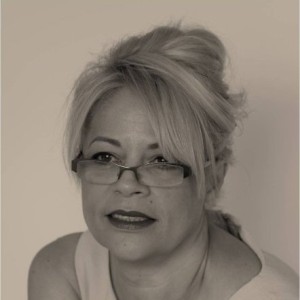 More than 20 years in financial services made Neira believe in change through innovation and partnerships. As an independent advisor, she is regularly invited to work with boards of organisations of all sizes and to address global audiences on payments, cybercrime, risk, information security & business turnaround. She enjoys change and turnaround programmes as well as launching new products and services, whilst always striving to demystify payments, risk, raise cybercrime awareness and promote digital innovation.

She chairs the Advisory Board for mobile innovator Ensygnia & the Global Advisory Board for the Centre for Strategic Cybercrime & Security Science. She is a Fellow of the British Computer Society & was a member of the Payment Card Industry Security Standards Council Board of Advisors for four years.

She was nominated Top Chief Security Officer to Follow on Twitter by CEOWORLD Magazine in April 2014, Merchant Payments Ecosystem nominated her Acquiring Personality of the Year 2013. She received the FStech April 2013 Compliance Project of the Year & Anti-fraud/Security Strategy of the Year awards, the 2012 SC Magazine Information Security Person of the Year award & she was inducted to the InfoSecurity Europe Hall of Fame 2011. She has worked for Barclaycard, Santander, Abbey National, Oracle Corp. and Unisys.

She describes herself as a bit of a geek, proud Google Glass Explorer and loves cars. She can be contacted via her many social media channels, including her blog.

“The common mistake made by businesses and individuals alike is that information security is something to be left to the techies… I am privileged enough that, with a backgound in change management, I am acutely aware that the two dimensions of people and processes are all too often forgotten in favour of technology. I am pleased however that the industry seems to be coming round and I have seen an increase awareness of risk management and the importance of training, communications and general awareness.Our own internal initiative at Barclays (The Consequences book) drew on fiction to illustrate best practice and has been extremely successful.

The Analogies project first interested me as it proposed to draw parallels from our vast cultural heritage, art, theatre and history to position the role of information security and communicate to varied audiences in a way they can relate to. The combination of the use of different platforms and themes not traditionally associated with security makes for an innovative approach and I am delighted to offer my support.”