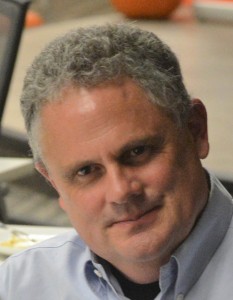 Phil Reitinger is the Chief Executive Officer and President of the Global Cyber Alliance (GCA), a unique, cross-sector, transnational, not-for-profit organization dedicated to eradicating cyber-risk and improving the safety and security of our connected world. Prior to joining GCA, Phil served as the President of VisionSpear LLC and as a Senior Associate (non-resident) at the Center for Strategic and International Studies. He serves on the advisory boards of several companies, and mentors other cybersecurity and privacy start-ups. He has served in both government and industry in senior cybersecurity and critical infrastructure protection roles. From 2009-2011, he was the Deputy Under Secretary for the National Protection and Programs Directorate at the Department of Homeland Security. He has also served as Sony’s Chief Information Security Officer, Chief Trustworthy Infrastructure Strategist at Microsoft Corporation, the first Executive Director of the Department of Defense’s Cyber Crime Center, and the Deputy Chief of the Computer Crime and Intellectual Property Section at the Department of Justice. Phil currently serves on the New York Governor’s Cyber Security Advisory Board and the American Bar Association’s Standing Committee on Law and National Security’s Advisory Committee. Phil holds a Bachelor of Engineering in Electrical Engineering and Computer Science from Vanderbilt University and a law degree from Yale Law School.

“People think by reference to what they know, and so analogies, even if imperfect, can best explain how you think about a problem and how it should be solved.  When we argue about them regarding cyber security, we call out what is the same about cyber and what is different, and that is a meaningful conversation.”