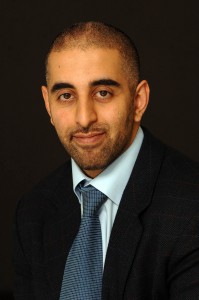 Raj Samani is an active member of the Information Security industry, through involvement with numerous initiatives to improve the awareness and application of security in business and society.  He is currently working as the VP, Chief Technical Officer for McAfee EMEA, having previously worked as the Chief Information Security Officer for a large public sector organisation in the UK and was recently inducted into the Infosecurity Europe Hall of Fame (2012).

He previously worked across numerous public sector organisations, in many cyber security and research orientated working groups across Europe.  Examples include the midata Interoperability Board, as well as representing DIGITALEUROPE on the Smart Grids Reference Group established by the European Commission in support of the Smart Grid Mandate.

In addition, Raj is currently the Cloud Security Alliance’s Strategic Advisor for EMEA having previously served as the Vice President for Communications in the ISSA UK Chapter where he presided over the award of Chapter Communications Programme of the Year 2008 and 2009, having previously established the UK mentoring programme. He is also on the advisory council for the Infosecurity Europe show, Infosecurity Magazine, and expert on both searchsecurity.co.uk, and Infosec portal, and regular columnist on Computer Weekly. He has had numerous security papers published, and appeared on television (ITV and More4) commenting on computer security issues. He has also provided assistance in the 2006 RSA Wireless Security Survey and part of the consultation committee for the RIPA Bill (Part 3).

“As the sphere of information security becomes more integrated into the business, so the need to change its vocabulary becomes evident.  The Analogies project is interesting because it moves this important topic from its foundations of Fear-Uncertainty-Doubt (FUD) as a means to influence and educate to something that is engaging, and innovative.    I am honoured to support the project, and look forward to contributing, and learning myself!”