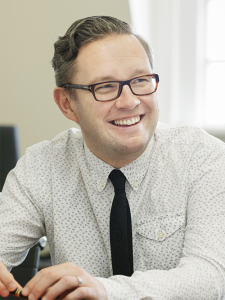 Richard Corbridge is an expert in healthcare strategy and technology recognized by his industry globally. Since December 2014, Corbridge has been the Chief Information Officer for the Health Service Executive in Ireland and Chief Executive Officer for eHealth Ireland. He has been involved in the Health and Clinical Research Information sectors, leading various informatics delivery functions since the late 90s. Corbridge has a passion for business change and benefits management in health and very much insists on a focus on engagement and benefits being brought to technology implementation.

Corbridge has led the delivery of a wide range of systems and process to aid the provision of healthcare and research. These range from the first primary care messaging system in the NHS, to a health and social care single assessment process within a care trust and modernisation of the information systems’ infrastructure for the delivery of clinical research throughout England.

In 2015, Corbridge was named the 5th most influential CIO in Europe by CIO magazine. He was listed by Computer Weekly as a rising star of the IT Industry, where they specifically called out the speed by which the health system in Ireland was moving towards adoption of an eHealth fabric under his guidance.

Corbridge was named by the Huffington Post as one of the most ‘Social CIOs’. To see the daily ins and outs of his work follow him: @R1chardatron