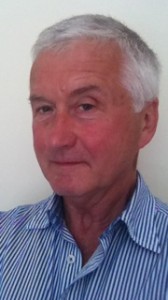 Ron Condon is the Editor for The Analogies Project, overseeing editorial policy and reviewing contributions received to the Project. He began his career programming IBM 360 systems in the late 1960s and went on to design the first online systems for a major retailer.

Since switching to journalism in 1973, he has taken a close interest in developments in the IT industry and has charted the evolution from big mainframes, to minicomputers and PCs in the 1980s, through to the rise of the Internet and today’s highly connected world. In the last few years he has focused on information security. Since retiring from full-time work in 2012, he still follows events in security, and has written white papers for some major suppliers, and provided marketing consultancy.

“Since my early days of covering IT as a journalist, I’ve been struck by the fact that most IT professionals feel unloved and unappreciated. The problem seems even more acute in the security field, where professionals often struggle to get their views heard and their message understood by their organisations. They are often viewed as a barrier to progress and to people getting their jobs done. My belief is that all IT professionals need to learn to communicate better, and develop a language that will allow them to convey their message to non-specialists. The Analogies Project is a bold move to help this happen, and that’s why I’m very happy to be part of it.”