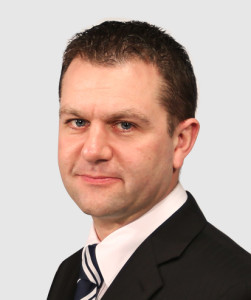 Stuart didn’t train in security, he didn’t start a career to become a cyber security expert. In fact geography was his passion. But with a career starting as a helpdesk engineer, moving through recruitment, researcher, sales, trainer, quality manager, director of data centres and finally within a small niche security house attached to a hosting provider, it’s fair to say that there has been a strong IT flavour since leaving university.

Security crept in very early. He’s always loved the idea of tinkering, his dad was an electronics guy, so Stuart held the toolbox while his dad worked. But he didn’t get it. What he did get was that everything has a place and he he became curious. So when he bought his first computer, he took it apart and worked out why each jumper was set as it was. That curiosity led him to become a researcher which got the company in the Financial Times. Later, using the same techniques, he persuaded the UK government to use the company he worked for as a sole supplier for technology escrow. He put it down to his chat. Later he would be re-labelling this as Google Hacking and Social Engineering.

He left his Unix, X400 days behind and used what came naturally to become good at sales and to be curious on new projects. When he was gifted into a security company, he knew he was home. He had not just caught the bug, but also found an outlet for it. With the advent of social media, he connected to as many like-minded people as he could to learn from them. Then as time progressed, he learned their techniques too until he was finding new security features and stories ahead of the others and using intuition to follow hunches to identify hackers and spot the emerging trends.

As he turns 40 this year, he is still a relative new-boy on the block, but the block is still fairly new and evolving

“When I first came across the Analogies Project, it lived on my “to look at” pile, until, whilst looking for a piece of information I re-found the link and my curiosity was piqued immediately. Within 2 articles I was hooked and knew this was an opportunity to share my years of experience mixed with my training background to be able to help further the community. It is vital that our knowledge is shared and just as vital that it is disseminated. the Analogies Project has the ability to be able to grow into an amazing resource and I look forward to seeing it’s prosperous future and would be proud to be associated with this venture.”

Why 5am is Crime Time! The Ghostly Side of Bug-Hunting
Share This Post On
Contribute To The Project