The Anxious Ant and the Lazy Grasshopper

Home » The Anxious Ant and the Lazy Grasshopper 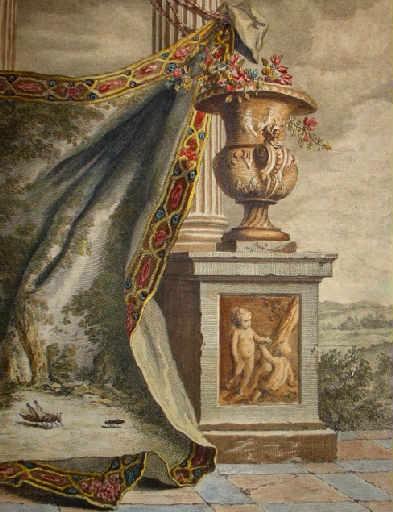 When the winter came, the grasshopper found itself dying of hunger. So goes the old Tale of the Ant and the Grasshopper, one of Aesop’s Fables. Well-known and loved by many children the world over, the tale tells of an industrious and tiny ant, who works hard all summer to store up enough food to last through the harsh winter, and his indolent friend, the fat grasshopper, who lays around doing nothing all through the balmy summer only to starve when the winter months arrive. Like all fables, it is meant to strongly illustrate a moral point: the value of preparedness, and the dangers of complacency.

The grasshopper’s problem is mainly due to his lack of imagination. In the happy summer months, he finds it impossible to imagine a time when things would be different.  Faced with such abundance, he simply can’t conceive of scarcity, though he knows logically that the world must turn and winter will come. Similarly, in the world of information security, when everything seems fine, it can be very difficult to imagine a crisis. As long as we are not currently under attack (that we know of), we can be lulled into a false sense of security. Preparing for crisis doesn’t seem like an urgent matter, and like the grasshopper, we put our preparations off until ‘later.’ Later becomes later until it’s too late. If there was a truism to accompany the tale of the Ant and the Grasshopper, it would undoubtedly be: there’s no time like the present. A crisis will never announce its arrival until it’s too late.

Of course, at the beginning of the story, the grasshopper also seems a lot more robust than the tiny ant. He’s many times his size, can eat far more food in just one go, and can surely last a lot longer in harsh conditions. This fact contributes to his illusory confidence. The tiny ant, far more aware of his own mortality, is filled with an anxiety that inspires him to take the precautions that save his life.  From this, we can learn two things; firstly, that every company, individual, or organisation is always vulnerable to attack, no matter how seemingly stable or well-funded, and secondly, that larger organisations can sometimes feel less threatened and more secure of their own safety. In the grasshopper’s case, this arrogance was fatal. Smaller, less well-established or funded organisations, meanwhile, remain aware of their vulnerability and of how much they have to lose. This can create a vigilance that can ensure their survival when times of crisis do come around.

It’s also worth noting that the grasshopper, at the beginning of the tale, is a wholly autonomous and individualistic creature. He needs no one but himself, but sadly this also means that he’s entirely responsible for himself, a responsibility which he fails to take seriously. The ant, meanwhile, is only one worker among a team of many thousands who can achieve more together than they would alone. From this we can learn that splendid isolation is not always the answer when it comes to information security. This does indeed mean that we are self-reliant, but sometimes it can be more important to share the knowledge, skills, and experience that may protect us. Bringing in security specialists from outside can create a hive-mind approach to the problem, where far more is achieved than a small in-house team ever could. Of course, this does involve giving outsiders access to the precious information we seek to protect, and data leakage is a very real and serious problem, but the risk is often one worth taking.

Finally, each and every one of us, whether individual, business, large or small organization, must take responsibility for our own security, and take this responsibility seriously. In an increasingly complex and inter-connected digital world, where data theft, corporate espionage, and cybercrime are very real threats, information security is of vital importance. Even when current policies seem to be working, we should always be looking ahead towards the future and keeping one step ahead of the possible threats that lurk around the corner. Rather than waiting until a crisis hits to figure out what to do about it like the lazy grasshopper, it’s best to always imagine and prepare for the worst, like the industrious, vigilant, and anxious ant.