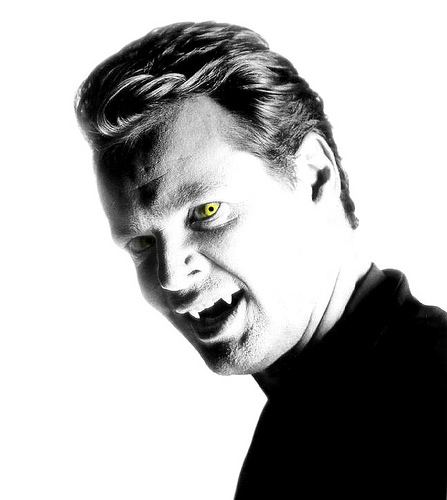 I doubt that I could be much further removed from the computer security industry. I’m a student in my final year at the Royal Central School of Speech and Drama in London, where I am studying for a degree in Acting, Musical Theatre. That’s the “triple threat” of acting, singing and dancing. Not much cryptography there.

But talking of crypts, for our first final-year production at Central, we are staging a version of Dracula, recast in the world of technology, social media and hacking. In doing research around my character, Van Helsing (who has been in prison for hacking), I listed the various characteristics of “vampirism” in the analogue (folklore) world, and looked for equivalents in the digital (modern) world.

I found they mapped these across pretty well. When searching online for terms, I came across The Analogies Project, and wondered whether this comparison would fit in with its theme. See what you think:

Is “digital vampirism” really something we just have to live with – for eternity? It looks for all the world as if a new digital folklore is coming into being. As I’m sure the security advice would have it: Be afraid, be very afraid…

Dixie Newman stars in a production of Dracula which begins on the 15th November 2017 – https://www.cssd.ac.uk/event/dracula