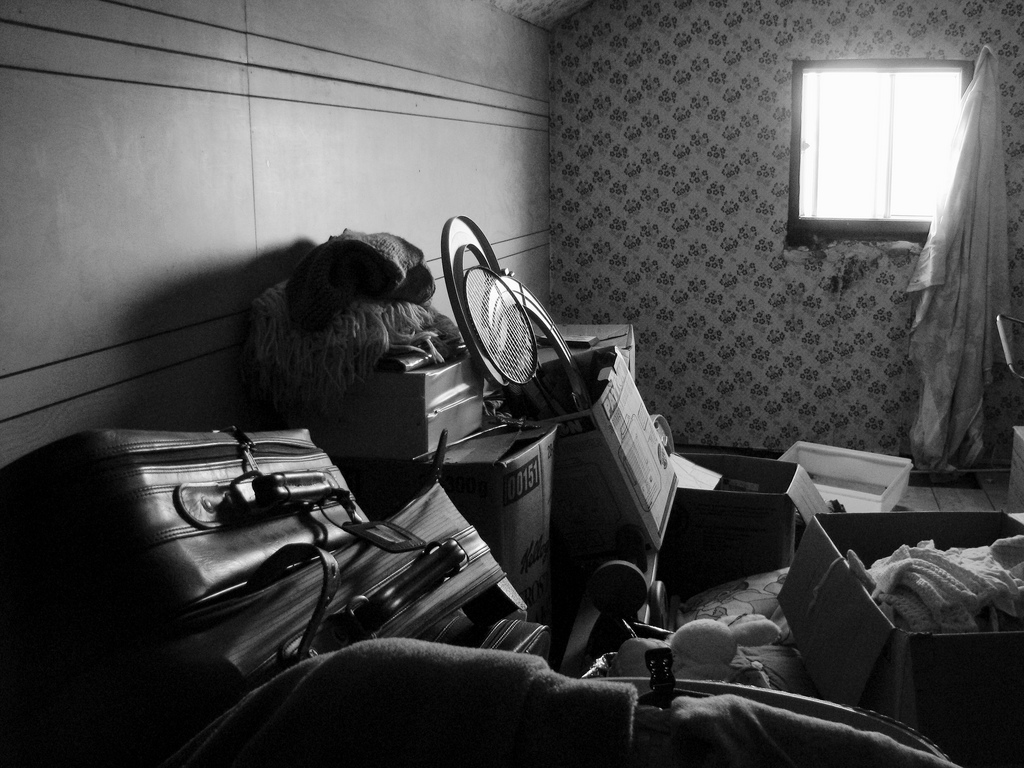 In September of this year, a painting by Vincent Van Gogh was discovered in a Norwegian attic. The picture, known as ‘Sunset at Montmajour’ was painted in 1888 and shows the wild and beautiful countryside near Arles, with a ruined abbey on the hill of Montmajour. The director of the Van Gogh Museum in Amsterdam described its discovery as a “once in a lifetime experience”.

The painting was authenticated based on comparisons with Van Gogh’s techniques and was dated to the exact day (as Vincent had described it to his brother, Theo in a letter) identifying it as a contemporary of some of his most famous works, including Sunflowers and The Bedroom. It had apparently been languishing for some time in the attic of a Norwegian collector who bought the painting in 1908 but dismissed it as a fake.

Now, my attic is empty of Van Goghs (I checked it) but there is a lot of ‘Stuff’ in it, value unknown, and this story got me thinking about how we treat Stuff and the spaces we use to store it. There is almost a ‘Boyles Law of Stuff’ which states that the amount of Stuff stored expands to fill all of the available storage spaces, plus one. This problem is then further compounded by the fact that whenever you actually try and sort out one of these storage areas, every second thing you put your hand on requires you to look at it, and reminisce.

In the commercial world Data is just Stuff and your Document Management system (for example, Microsoft SharePoint) is just a big Attic or Garage. Getting a new SharePoint system is like moving into a big new house with a fabulous double garage and loads of lovely storage space built in. Everyone gets their own bit of wardrobe; space is allocated in the sheds for bikes and garden tools etc. This is fine for about 9 months and then you open the shed door to get the garden furniture out and are met with a whole pile of, well, Stuff.  Some of it probably falls on you too. Similarly, when you install SharePoint, everyone gets the right to set up their own storage areas and can invite people to share with them, which is lovely until:

If only you had put a label on the file or document before you put it into SharePoint to denote the value contained within, then the software would help you find it, manage it, stop the wrong people accessing it and schedule it for disposal when it’s past its useful life.

I have a friend who has OCD. This is a picture of his garage. Each item is clearly identified and its value known. Now wouldn’t that be nice.