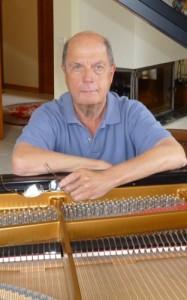 Ed earned nearly 50 years experience in information technology in several countries and in the private and public sectors.

His last full time job was as Director of the United Nations International Computing Centre, with facilities in Geneva, New York and other worldwide locations. The centre is a service provider to most UN System organizations.

After his retirement in 2002, he was invited to join the IT and information security audit teams of the French National Audit Office (Cour des Comptes), an activity he continued until 2009.

He spoke at conferences in Europe, the Arabian Gulf and several African countries and is the author of many books and peer-reviewed articles. His first book, entitled “Information Insecurity” was published in 2002 by the U.N. Secretary General Information and Communications Task Force. His last book, “Good Digital Hygiene” was published by bookboon.com in late 2013.

Sadly, Eduardo passed away in 2015. He was a strong driving force and source of encouragement in the early days of the project. His writing was engaging and he created some of the Projects most popular analogies. He shall be missed.

“For the last ten years, I’ve heard speakers at major information security conferences discuss how to build awareness amongst the workforce and the topic has not gone away as many initiatives, however well intentioned, fail to deliver the expected results. But then I’ve so many badly written and out-of-date “policies” that I can understand. The problem is aggravated when the workforce is disengaged.

Many of my friends are Silver Surfers and are totally clueless about what needs to be done to protect their data and themselves from online abuse. The jargon of information security is incomprehensible to them and analogies and metaphors may overcome this barrier.”

Learning from the Advertising Industry How to Make Security Look Like a Bargain The Tower of Babel and the Vocabulary of Risk Management The Chef, Kitchen Hygiene and Knowledge Workers The Little Black Dress (LBD) and Information Security Policies Forecasting Like a Turkey The Leaky Bucket The Elephant and the Six Blind Men: What Does Information Security Mean to You?
Share This Post On
Contribute To The Project