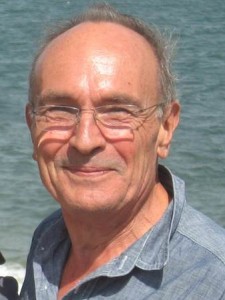 In his career as a director, producer and writer in factual television Frank Wintle won gold and silver medals from the New York Film and TV Festival, the Golden Gate Award from the San Francisco Film and TV Festival, best programme award from the Royal Television Society and an Emmy nomination. He has written for most of Britain’s national newspapers, worked as a presenter for BBC television and as a producer and presenter for Radio 4, and is a published historian and biographer. He now runs the London-based communications agency PanMedia, and is advising the Analogies Project as creative consultant.

“Given my background as a story-teller in print, radio and television, I was immediately attracted by the ambition of the Analogies Project to use all available media – and every resource of entertainment – to get across its crucial messages. Nine out of ten internet security attacks target human beings, not computer systems, so we must find as many ways as we can to make people listen – and want to listen – to stories which will teach them how to protect themselves and the assets among which they work from predation. Secondly I am aware that every significant advance in the media of human communication (the successive inventions of writing, print and then broadcast, and now the advent of digital and virtual communications) has precipitated a major social revolution. It seems to me that the Analogies Project is the first player seriously to recognise that another revolution is on the way and to ponder its processes, effects and possible consequences.”