The Flute and the Fortress

Home » The Flute and the Fortress 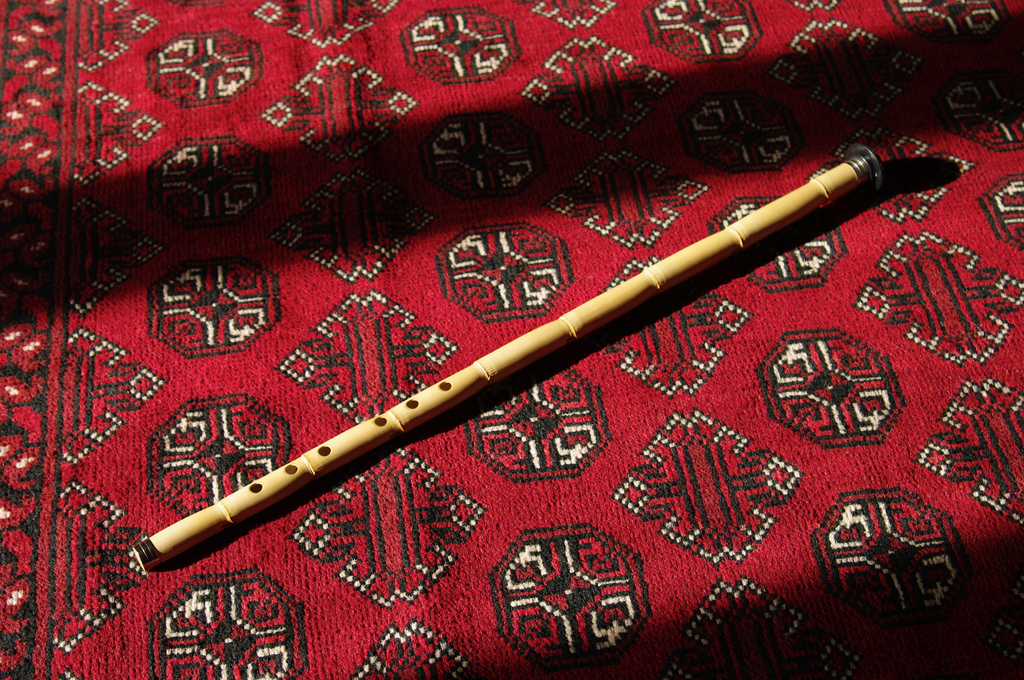 At one minute to midnight on Wednesday, May 28, 1453, faintly lit by a waning half-moon, a figure appears on the fortress wall of Constantinople, between the Topkapi and Edirnekapi Gates.

Some eye-witnesses report that the apparition is terrifying, claiming the figure to be a resurrection of Adam himself, returned to earth after five and a half thousand years; others are convinced that this is the ghost of the legendary Sufi mystic and musician Jalal al-din al-Rumi, who died a hundred and eighty years before; a larger faction insists, rather more prosaically, that the instrumentalist on the rampart is a famous virtuoso and Imperial slave called Elié Aswad El Biar, or El Negus, who must have been bribed, coerced, converted or otherwise seduced by the enemy (and who vanishes that night).

Whoever this figure is, he raises a wooden flute to his lips and plays a melody that no-one has ever heard before, or will ever hear again.

And the next morning, exactly below the flautist’s station, monumental walls which have withstood frontal assault, two months of bombardment from siege cannon, and the Ottoman sappers’ furtive undermining are breached by volleys of artillery, and the army of Sultan Mehmet II invades and takes command of the city, killing the last Byzantine Emperor, Constantine IX, in their first onslaught.

One conquering detachment races to possess the great Cathedral of Haghia Sophia, where the Patriarch, who is celebrating Mass, dissolves somehow into the ancient walls – but not before a wooden flute has been snatched from his hand.

Whether or not you believe any of this tale is a matter of personal predilection and the counterbalance of your sceptical and susceptible lobes (apparently, the Patriarch will re-emerge from the wall once Orthodox rule has been restored to Istanbul). But it might stimulate a certain frisson to observe that in the suite of museums at the Topkapi Palace, not far from the slender walking stick which supported Moses on his journey through the wilderness, and the metal pot in which Abraham cooked his meals, and, sheathed in silver, the right arm and hand of the prophet John, is a glass case, standing on a marble plinth, containing a flute.

This antique “ney” (the oblique flute of the Middle East) is about eighteen inches long, aged to a dappled bronze colour, with a little crackled varnish adhering here and there to the stem; near the mouthpiece, around a scorch-mark, there’s what seems to be the trail of an insect’s tiny passage around and across the surface, tracing a pattern which almost looks as if it were trying to form a word.

Pause for a moment longer, and you will see that the sound hole, finger holes and foot of the flute have all been stopped with wax. If you are fortunate enough (as I was, when I was there in November) to have a curator nearby who speaks English, and you were to ask why the flute has been rendered dumb, he or she may explain, “in case a draught, or the breeze through an open door, or the breath of a crowd might stir it into song again.”

Well, all this would surely have faded from my mind quite soon, but shortly after my return from that most beguiling, charismatic and ecumenical of cities, I chanced to hear on BBC Radio 3 some tracks from Istanbul by Jordi Savall , and having bought the CD, I read this among the notes:

Before being expelled from the Garden of Eden, Adam was told a secret. Soon after his expulsion, the secret he was forbidden to divulge weighed on him, causing him painful torment. Coming to his aid, the archangel Gabriel advised him to throw the secret into a well; he did so and was relieved. The secret penetrated the reeds that grew around the well and imbued them with the divine substance; it was from these reeds that the first flute was manufactured.

… And a train of thought set itself in motion until I fancied that that a city which trusts in the authenticity of a wealth of holy relics (a fragment of the pillar of Christ’s flagellation is in the Church of St George) could also believe that it has in its custody the very flute which sang a secret  God had once imparted to Adam – but that beyond revealing the legend associating the song of the flute and the breaching of the ramparts, Istanbul’s  hierarchs might have considered the divine provenance of this aboriginal wind-instrument a piece of esoterica too sacrosanct to be disclosed to the crowds who shuffle daily through Topkapi.

But the other secret? What was the awful secret God whispered to Adam in Eden?

Perhaps God himself had sung – perhaps his music was the secret, and the lost melody was one more anguish of the Fall?

More significant, though, for our purposes, was the insufferable burden that the secret became – one that could only be exonerated by sharing, somehow. You may remember a similar story, funny and profane, about the barber who trimmed King Midas’s hair and discovered the apt punishment his monarch had suffered for preferring mortal music to divine.

Enjoined to secrecy on pain of death, the barber knelt at the riverbank and murmured the truth to the reeds, which then sang, when the wind blew, “King Midas has great donkey’s ears.”

All this was written before Christmas – but in a further coincidence, a few days ago (this is mid-January, 2014), I was browsing among my late father’s books when I found a stained and faded hardback (date of first publication, 1931), which contained these lines:

“… In this poem by Jalal al-din al-Rumi, the reed flute, sacred instrument of the Mevlevi dervishes, is a symbol of the soul separated from God:

“You heard the descants of the flute; they sobbed
When hapless choice joined pitiless fate and robbed
Lover of beloved, wildering them apart.
Poor flute – her undersong, the empty heart –
Torn from her reed-bed at the fountain’s side,
Lip to lip and soul for soul she cried
In drifting memories, whispering of home
And of the hollow heart which sobbed alone.”

That extraordinary French philosopher Jacques Derrida was himself a character of rather Byzantine complexity: Arab and yet Jew, Algerian and yet Frenchman; at one point he thickens his own plot by remarking, “are we Jews? are we Greeks? we live in the difference between the two…”  In any event, he said that a secret, by definition, was something in which at least two people must participate. It was impossible for one person to have or to “keep” a secret. Likewise, he says, a secret “does not exclude publication. It measures publication against itself.” Meaning, I guess, that the power of a secret is in its potential to explode, which one day it surely will, and that to qualify as a secret, the secret must eventually be betrayed.

So the second of my analogies finds me back in Byzantium, and the precepts that emerge are, like those of my first, age old and often forgotten: that a fortress is as often breached by action from within as without; that no matter how powerful the injunctor or the injunction, most human beings simply cannot keep a secret; that amid a forest of fiction, what we seize on as “fact” may still have no connection with the “truth”.