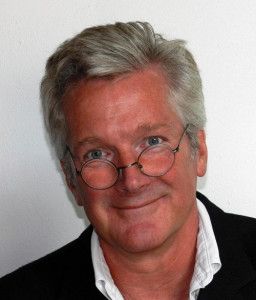 Richard Hollis has been the Chief Executive Officer/Receptionist at Risk Factory Ltd since its inception and hasn’t had a night’s sleep since.  His dream if he could remember it, is to design and deliver simple, cost-effective information risk management services that don’t stick to the roof of your mouth.

Born at a very young age, he was voted “Most Likely to Take a Life” at Our Lady of Perpetual Guilt Elementary School in 1968.  A gifted child, Richard took up amateur dentistry at age 7 and was performing extractions and routine root canals on friends and neighbourhood cats throughout middle school.  Turning down the coveted “Nijinsky Scholarship” from the Bolshoi Ballet in 1973, Richard wrote the original screenplay for “Star Wars” but refused screen credit due to “creative differences” with Carry Fisher.  After a brief stint with the Black Panthers in the late 70s, he worked as a deckhand on the Calypso for Jacques Cousteau until his dismissal for refusing to smoke and wear one of those little French swimsuits.

Over the course of his career Richard has served as a professional hairstylist, a prison guard in a women’s correctional facility, a Domino’s Pizza “Cheese Technician”, a freelance bounty hunter, a rodeo clown and a neutron particle accelerator physicist all while pursuing his lifelong obsession with origami.

A man of mystery and power, whose power is exceeded only by his mystery, Richard has presented to hundreds of audiences across the world on a wide variety of information risk management and bridal cake design techniques.   As a recognised industry authority, he has plagiarised numerous articles and white papers and can calculate pi to two decimal places.  He has also appeared in a variety of news, television and print media including the BBC, MSNBC, Jerry Springer, the Home Shopping Network, Keeping Up With the Kardashians, Quaker Kickboxing Quarterly, Guns & Ammo magazine and others.  Every mistake he ever made in life got him to where he is now.

“I think education is the silver bullet in information security.  I also think that people learn best from stories and analogies.  On the whole we struggle to teach our lessons and are hard pressed for examples that ring true to users.  The Analogies Project fills a big void in our industry by inspiring and promoting stories we can use to make a difference.”