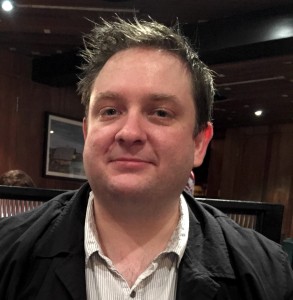 Stuart Wright’s first job role was at a financial organisation, where the only approach to IT was a secure approach. He started out as a techie, working at the financial institution’s helpdesk and shifting kit. He progressed into sysadmin roles, and got involved in just about everything from desktops to servers, networking, development and, of course, security. Later, when Stuart moved into security pre-sales and consultancy, he realised Information Security was often an after thought.

For the past eight years, Stuart has been in various security consultancy roles, working on implementation projects in areas such as SIEM and network security products, as well as audit and compliance services. He’s currently working as a Security Consultant at Nettitude,  delivering PCI DSS consultancy/assessments and security awareness training.

Stuart holds a number of accreditations including CISSP, PCI DSS QSA, and a raft of product certifications such as Microsoft MCITP, FireEye, Symantec, Sophos, and several others.

When not working, Stuart is usually busy with his young family, or playing with a gadget of some kind. Ongoing hobbies include mobile app development, including Raspberry Pi projects.

“I deliver a lot of security awareness training, mostly to non-technical employees of organisations that care about infosec. I increasingly find myself using analogies as a tool to help explain key ideas and concepts to attendees. Breaking down the barrier between infosec and ‘real life’ is great way of getting people to sit up and listen – and when you only have one hour to deliver your training, it’s really important to convey messages that are easy to understand, stick in the memory, and that have a lasting effect on behaviour.

I’ve been aware of the Analogies Project for a while, and felt I could contribute something worthwhile to what is already a great library of analogies.”