The Changing of the Seasons

Home » The Changing of the Seasons 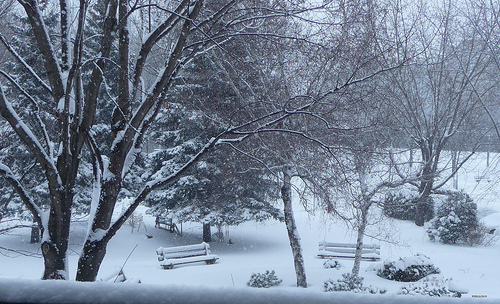 This got me thinking about the changing of the seasons (not the song by Two Door Cinema Club) but where I have lived throughout my career. How I had to deal with the seasons and the weather related variables in each place I lived. Plan-Do-Check-Act.

I had the privilege of starting my career living and working in Belgium before moving to Scotland and now Oxford. Usually what I planned for each season in the places I lived got me through but they did vary somewhat. For example I never needed midge repellent in Belgium or Oxford.

But occasionally there was the unexpected.

In Belgium we encountered summer of heatwaves that hit 38oC and winters that went as low as -13 oC. This year I endured weeks of flooding in Oxford. The mainline station was cut off from London and Reading and you really needed a canoe.

My favourite memory came whilst living in Scotland. In 2011, the winter snow and ice were so extreme, that unless we were prepared to hike, we could not get out of our road for three weeks. There was a shortage of snow shovels in Scotland that some entrepreneurial individuals took advantage of.

I had a snow shovel but it was as useful as a jelly pick axe. The ice had made it impossible to dig out the car or clear the road. By working with our neighbours we managed to help each other. The following year the residents had learnt, and to avoid a repeat, collectively invested in a mini snowplough. Preparing adequately for the future and not getting caught out by the unexpected is key.

This is the case for all organisations. There are seasonal changes in human behaviour that can be planned for. For example, increases in transactional activity. Organisations need to answer a question. What if their systems are not available?

We see this in the retail and banking sectors. Systems need to be readily available whilst maintaining transactional integrity in the run up to Christmas and New Year. Organisations need to ensure they are aware of the threats they face. They may have an established ISMS but how efficiently can they respond to an extreme climate deviation.

All constituent parts of an organisation – Business, IT, Information Security and Business Continuity – need to work together and just like our neighbours in Scotland, face the unexpected and learn from the experience.

As I sit writing this on my train, delayed by overrunning engineering works, I do wonder what will be the next challenge I face.