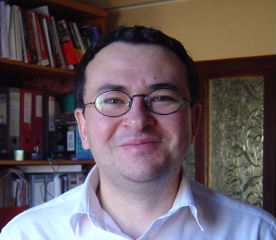 Brendan began his security career by chance.  After University, having moved to Belgium, he gained experience in the payment card industry and cryptography working for Europay (now MasterCard Europe). In 2001 he was headhunted by IBM and was subsequently appointed IBM’s Security Services Consulting and Systems Integration Delivery Leader for the UK and Ireland.

Brendan has worked in all sectors and has experience of simultaneously managing multiple projects and trouble shooting assignments.  In his last role for IBM, he was the Chief Information Security Officer (CISO) for a government account which grew to over a thousand IBM employees based in both the UK and India.  Within 3 months he oversaw the mobilisation of a complete new client dedicated virtualised infrastructure. Working closely with the client, Brendan developed a security assurance model that allowed the off shoring of HMG work while working within the boundaries of HMG Policy and Standards.

Brendan is recognised in the industry as having a proactive can do attitude to projects and is a strong advocate of information security as a business enabler.

Brendan became a Partner in Bridewell Consulting in January 2014.

“During my many years in Information Security, technology has advanced at breakneck speed.   Within all this change there has been one constant – the people.

Evolution Since 1995 Horrible Security Was Brian Clough the Greatest Security Manager of all Time? The Changing of the Seasons My (Son’s) Panini Sticker Collection
Share This Post On
Contribute To The Project