How do you Flush your Toilet?

Home » How do you Flush your Toilet? 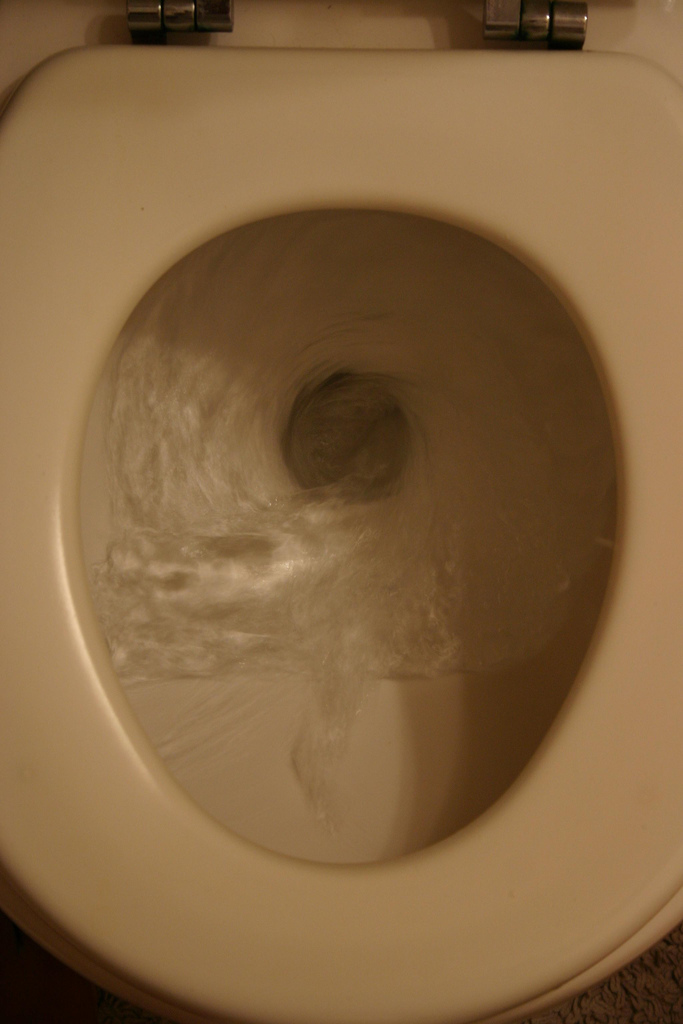 Many of you will have heard of the analogy of the shark and the coconut; one of them is significantly more dangerous to human beings than the other, but it isn’t the shark. Fatal shark attacks are relatively rare in the world, whereas a significantly greater number of people are killed by falling coconuts. This example of “perceived” risk is fairly well known, and many risk management professionals are adept at ensuring their businesses differentiate between the “perceived” risks from the “real” risks.

There is however another type of risk that many of us are unaware of.

How many of you flush your toilet with the lid up? I’m not talking about the age old problem of men leaving the seat up and women leaving it down, but rather leaving the lid up. In a straw poll I conducted (i.e. an unscientific conversation) about two thirds of people left the lid up while flushing (both men and women). The majority of these people also brush their teeth in the same room.

When a toilet is flushed with the lid up, the water aerosolizes throwing tiny droplets of urine and faecal matter up to six feet in the air, and your toothbrush is probably well within rang of these droplets. You then brush your teeth with this germ-ridden toothbrush at least twice a day… to put some context to this, a University of Arizona study found that an average toilet seat carried roughly 50 potentially harmful germs per square inch – these same germs will be on your toothbrush.

However, we also have to apply our “perceived” risk filter to this, and here is where it gets interesting. Other studies have shown that a mouse will carry up to 1,676 potentially harmful germs per square inch, a keyboard 3,295, a desk 20,961 and a phone a whopping 25,127! So consider those numbers when you are next sat at your desk, using your computer whilst on the phone and eating your lunch.

How many of you are going to change your working lunch habits?  Probably not many. We have a distorted view of risk, beyond that of sharks and coconuts. The “hygiene” risks we sometimes face have a far greater impact on us in terms of behaviour change, and possibly needlessly so. One simple example is the use of laptop lock leads; many company’s enforce the use of them because they are guarding against the risk of theft of laptops, often in the workplace. Unless the laptops are in potentially high risk environments (public places, restaurants etc.) the chances of a laptop being stolen during the work day is extremely low. Laptops are more likely to be stolen from cars, pubs and restaurants after hours, where there is no requirement for lock leads. Surely the emphasis is best placed on encryption. When a laptop is stolen the “real” risk lies with the information on it, not the hardware.

You can review your risks in a slightly different way like this. Remove the perceived risks, and watch out for hygiene risks, (ones that will change your behaviour needlessly), and readily focus on the real risks.

That said, I wonder how many of you will now put the lid down on your toilet before flushing?