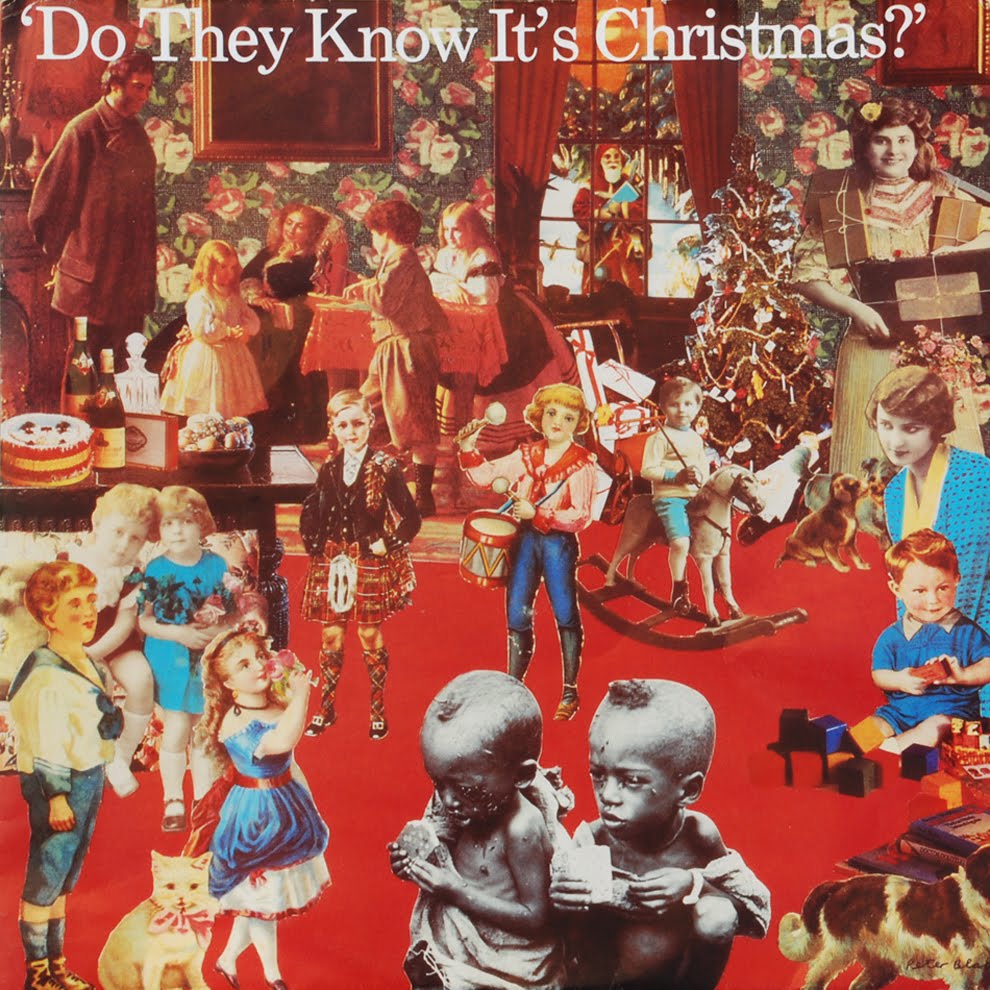 Album cover of the 1984 Band Aid single, “Do They Know It’s Christmas”

It’s been 30 years since a collective of contemporary musicians came together to create music in a rare example of collaborative success.

After seeing Michael Buerk’s news on the Ethiopian famine for the BBC , Boomtown Rats singer and frontman Bob Geldof was so moved that he felt the appropriate action was to make a song to raise money for charity. He admitted some years later that he could have written and recorded something with the Rats but he acknowledged the limited scope that the band had to make an impact.

Therefore he and Band Aid co-founder Midge Ure of Ultravox set about writing the song “Do they know it’s Christmas?” Ure was in a band with a couple of major hits, but the two men maximised the potential opportunity by co-opting leading figures in their chosen field.

It seems retro now, but I was 8 years old at the time and while I was disappointed that Adam Ant was not included, seeing Duran Duran, Wham, Spandau Ballet and U2 – some of the most important and top selling bands of the time – recording together and putting differences aside, proved how collaboration can work.

Geldolf even put Culture Club singer Boy George on Concorde to ensure he was in London to record his version of the song, so determined were he and Ure to get the best people on the project.

Now a song that has been covered three times (don’t forget the 1989 SAW version) since and has re-entered the charts in the last few years due to the change in policy on downloads counting to the Top 40, is now among the seasonal classics.

The analogy for security here is not one of getting the finest minds to sing about famine or putting a choir together of sys admins, but evidence that if you collaborate with the best people you can achieve much better results.

Yes, there is a skills shortage and consultants cost money, but for the everyday security manager who does not have Boy George’s hotel phone number (don’t forget there were no mobiles in those days), getting the best minds involved may be easier than you realise.

For starters, our industry is built on expertise and research, so that information is out there to be digested and used for the benefit of threat intelligence and budget negotiations. Special interest groups and conference also help to share the talent around.

Also, Band Aid proved that if you are in touch with the best people, you can achieve better results. Take analysis of the Flame worm done by a few years ago, which was led by Kaspersky researchers, but drawing on some of security’s finest minds who volunteered their efforts.

It worked for them, and it can work for anyone who wants to learn and work with information security’s rockstars. We are all stronger together.