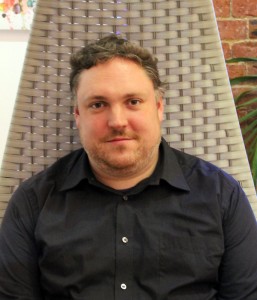 Dan Raywood first dreamed of becoming a journalist in his childhood watching Clark Kent on screen, he never aspired to be Superman. In his teens and twenties he did the qualifications, training and free writing for college magazines and fanzines before landing his first job in 2001 as editorial assistant in Electrical Wholesaler.

Fast forwarding seven years, and over spells writing about building services, garment decoration, minicabs, mortgages and payroll, he ended up as news editor on a major internet security website. He played a big part in making the UK edition of SC Magazine a huge success, and moved on five years later to head up the relaunch of IT Security Guru.

In his spare time, he enjoys watching his beloved Spurs not win the title, watching things he has Sky+’ed with his wife and eating Hershey Kisses and drinking craft beer. Especially Belgian varieties.

Despite covering security for more than five years, he is still amused when people assume he has a background as a practictioner. This makes Dan feel he is doing something right.

“I’ve joined the Analogies project as I love writing, and I love writing about security. It is also great to have a place where some of my more offbeat ideas can be flourished and where I can sit proudly among the industry’s finest minds.”