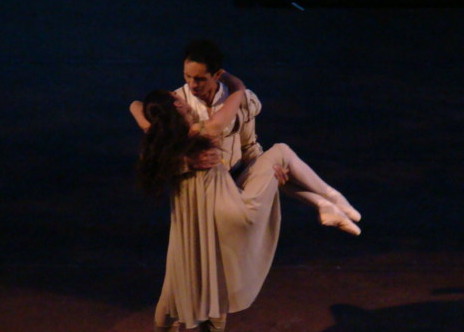 In this famous play by Shakespeare Juliet, in an attempt to avoid an arranged marriage politically motivated to Paris, visits Friar Laurence for help. The Friar suggests to her a drug that will put her into a death-like coma for a period of time, fooling everyone into believing she has passed away. The Friar promises to send a messenger to inform Romeo of the plan, so that he can rejoin her when she awakens. On the night before the wedding, she takes the drug and, when discovered apparently dead, she is laid to rest.

The messenger, however, does not reach Romeo and, instead, Romeo learns of Juliet’s apparent death from his servant who isn’t aware of the scheme the Friar and Juliet have concocted . Heartbroken, Romeo buys poison, which he takes with him to wear Juliet is laid out to rest. Still believing Juliet to be dead, he drinks the poison. Juliet then awakens and, finding Romeo dead, stabs herself with his dagger.

What would have been the outcome if the messenger had delivered the vital information, about the plot between the Friar and Juliet, to Romeo?  The play, for starters, wouldn’t be classified as a tragedy.