The Story of the Pineapple Flavoured Condom

Home » The Story of the Pineapple Flavoured Condom 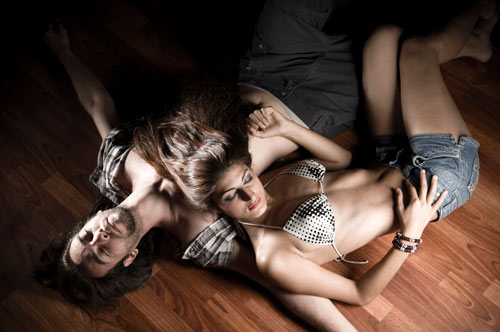 (as told at the Royal Institution of Great Britain)

This story comes from a short presentation I made where my key message was to be that effective communication is vital to trying to get users to use computers and the Internet in a secure way. This is the the story I used.

In the mid 1980s, the fear of AIDS amongst general population was such that people were wondering if it was safe to drink from a friend’s glass, but there still a problem with marketing the risk message to heterosexual sexually active people.  The problem was that sex was regarded as fun, and condoms perceived as getting in the way of the pleasure. Many sexually active young adults felt they didn’t need to take notice of the heavily marketed ‘Safe Sex’ message because they were not homosexual or drug users, who were seen as the ‘at risk groups’.  This left many people vulnerable, especially in casual sexual encounters when a person’s sexual health was an unlikely topic of discussion.

I realised that finally progress had been made when I witnessed the following.  I was lunching at Leeds Rugby League ground with my then Mother in law and other family.  After lunch my Mother in law withdraw to the ‘Ladies’ with her cousin, a spinster lady in her early 60s.  When they came out they were both laughing and crying at the same time.  It seems there was a vending machine for flavoured condom machines in there.  For some reason pineapple flavour seemed the most amusing. However, her cousin had voiced her confusion as to how the product could possibly work; How would the taste be even noticed?  So my Mother in Law explained oral sex.  Rather like explaining smoking as setting fire to a bunch of shredded leaves, I guess oral sex can seem ridiculous, certainly explained with a broad, bluff Lancastrian approach.  At that moment, when I saw these senior ladies laughing first to burst, I realised that the condom companies had made a breakthrough.  They had made the condom contribute to the fun of sex, instead of get in the way of it.

Now I would not say we have to make information security fun.  Fun is just one motivator.  What we need to do is find a motivational ‘button’ that means users actually want to make the effort to understand risk and participate in protection.