Literature is one of the means through which culture has been distributed and influenced throughout the course of humanity. It stirs the emotions and educates its audience on the values that underpin society. It’s through the influence literature has, both consciously and unconsciously, on people’s decision-making, that we decided to look at the underlying stories contained within fiction and what we can learn from them.

We’ve focused on classic pieces by The Grimm Brothers, Aesop and Shakespeare to identify the hidden Information Security stories locked within. Through these we’ve explored;

The following analogies have been written by a team of our contributors and we’ll be releasing one every working day for the next few weeks commencing on Monday 29th July. We’d urge you to read, use and share these analogies yourselves. 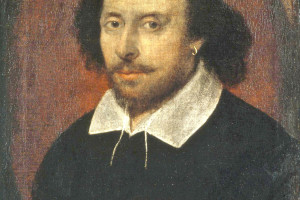 Dave Brooks compares the language used in Shakespeare's Sonnets with that of our Policy Statements and asks it we're really being as clear as we could be.

How do you crack the seemingly impossible? Paul Farmer takes a look at the Brothers Grimm tale 'Rumpelstiltskin' and what it can teach us about password security.

The North Wind and The Sun

Dave Brooks looks at Aesop's 'The North Wind and The Sun' and looks at whether the wind or the sun present the best technical hack.

With issues around identity and authenticity Dave Brooks explores what Shakespeare's 'Cymbeline' can tell us about phishing.

The Wolf, the She-Goat and the Kid

Paul Farmer explores the security parallels between Aesop's 'The Wolf, the She-Goat, and the Kid' with those of modern day practices.

The Shoes that were Danced to Pieces

In the tale 'The Shoes that were Danced to Pieces' by the Brothers Grimm, a King seeks to solve the mystery of what's happening to his 12 daughters shoes at night. Dave Brooks looks at the lessons we can learn from their plight.

Jenny Radcliffe looks at Shakespeare's central characters Hamlet, Macbeth, Othello and King Lear and asks what these tragic heroes can teach us about Information Security.

Is the real threat the one from within? Paul Farmer looks at Aesop's fable 'The Sheep Biter' for answers.

The Power of Three

Dave Brooks looks at the works of the Brothers Grimm and how significant the role of three is to both their stories and also the wider security context.

Jenny Radcliffe draws out the security parallels from Aeosp's fable 'The Wolf in Sheep's Clothing' and looks at whether we can really spot the wolves within our own organisations.

The Crow and the Pitcher

Dave Brooks takes a look at the classic Aesop fable 'The Crow and the Pitcher' and what this can teach us about hacking.

What can Rapunzel tell us about human behaviour and the effect of social engineering? Jenny Radcliffe looks at the Brothers Grimm classic story and how a complex security system was breached.