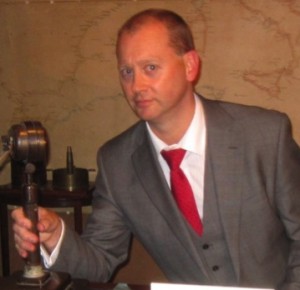 Dave has worked for 30 years in the IT industry in a variety of roles and environments. The first ten years were spent in technical development in real time systems. This migrated into work on infrastructure and finally into management within the financial services sector.

Dave has played roles in senior management across the infrastructure and vendor space, combing both a strategic and a technical overview. His MBA and MA in psychology have helped him to focus on more strategic aspects of senior management including human capital growth, strategy, budgeting and risk.

Over the last 25 years he has worked in a variety of roles for a large Swiss and German banks, initially in technical networking and market data linkage, but latterly in performance and risk managing outsources and business management for front  and back office applications.

Dave is a qualification junkie who over the years has covered things as diverse as ITIL, PRINCE 2 and Public speaking as a Distinguished Toastmaster.

Having completed a degree in History and creative writing, he published his first novel in 2016 (www.adam-bachelor-rules.com) and is currently touting the second around agents while he finishes the third.  For this reason, Dave concentrates his twitter profile on his writing Alter ego Nelson Brooks (NelsonBrooks111). When not working, he is also an avid poet and has produced two screen plays and blogs on horse racing (www.hoofing-it.com). He sees metaphor as the way to open doors to the true meaning behind the words.

“After seeing a presentation of the Analogies project at the recent RANT conference, I saw that the project offers the perfect way to move from the letter to the spirit of the law.  It is a way of opening people’s minds to the possibility of risk and the potential of mitigation without smacking them repeatedly around the head with a heavy policy manual.”

Amazon and the Fictions of Packet Delivery Don’t Sugar the Pill Brexit Means Information Security JungleBook – Social Networking Before Zuckerberg Locking the Cockpit Door Weather Or Not? Security’s A Gamble – Just Like Horse Racing InfoSec and the Great British Bake-Off Shylock, and How to Create a Workable Contract Shakespeare’s Sonnets and Policy Statements The North Wind and The Sun Cymbeline The Shoes that were Danced to Pieces The Power of Three The Crow and the Pitcher Call in Houdini It’s Your Round Strictly Come Security – Revisited The Magic Circle Attention All Shipping
Share This Post On
Contribute To The Project